Mental Strength is the Key to Success 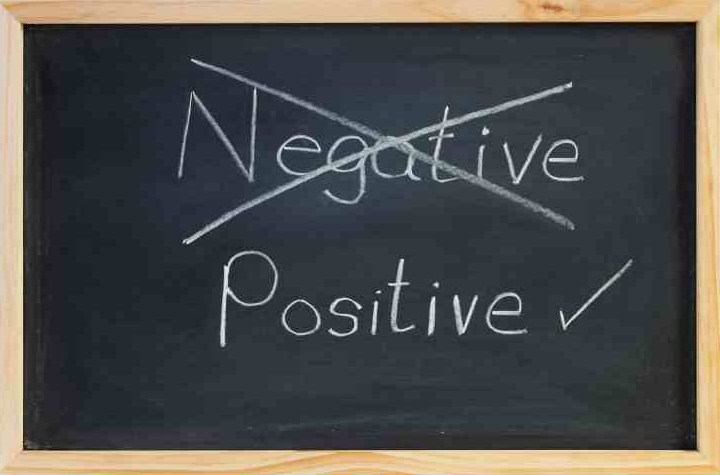 Last night, I watched a recorded episode of ABC’s show “Take The Money And Run”, and oddly, it really spoke to me.

This show is a mix between a reality show and a game show.  The 2 players are given a suitcase filled with $100,000 and they have 1 hour to hide it anywhere in their city.  At the end of the hour, they are taken into custody by the 2 police officers (and sometimes even retired detectives) that are also in the game.  The officers have 48 hours to try and find the suitcase.  If the officers find it they get to keep the money for themselves, if not, the players keep it.  It’s really an exciting and intriguing show.

The difficult part for the players starts when they are literally locked in a cell for 48 hours and interrogated about the whereabouts of the suitcase.  Many times people crack under the pressure and end up telling the details of where the suitcase is, just so they can be released.  Other times they stick to the story they’ve come up with to derail the cops and they’re successful in keeping them from finding the money.  The detectives have only the coordinates of the trip they took in the car to hide the money, any receipts that were accumulated during the hour, and the cell phone records to help them crack the case.  So, many times the players will purposely derail them with the route they take, the calls they make, and the receipts they receive to keep the cops following a false trail while the time runs out.

Mental strength becomes an advantage when having to deal with the confines of the jail cell and the interrogation process.  The interrogators literally play mind games with the people to make them as uncomfortable as possible, with the intention of breaking them down.  Some people get totally disarmed by the process and allow the techniques to get to them.

Last night I watched as the self-proclaimed stronger of the two players completely crumbled at the hands of the interrogators tactics.  He started to get irritated by the conditions of the cell.  He was hungry, he needed a shower, and he was tired of being in isolation.  On top of the that, the interrogators were invading his space by questioning him in his cell instead of having him taken to the interrogation room.  They saw his irritation and decided to capitalize on it.  Since he was complaining about needing a shower and being hungry, they took his toothbrush and his book, so the little bit he had left was gone.

That sent him over the top.  He started feeling claustrophobic, he couldn’t take it anymore and he just lost it.  I watched as his conditions began to consume his mind.  He couldn’t look passed his immediate surroundings.  He just kept replaying over and over in his head how awful the whole experience was and he couldn’t let it go.  So he quit and he told the interrogators where the suitcase was, ultimately losing the money, because at that moment all he wanted was to be free of that cell.

In that instant I saw that he lost sight of his goal.  He already had $100,000 because only he and his partner knew where it was.  If he had even stopped for a second, just to take a few breaths, he could have allowed time and space for his mind to clear.  He could have chosen to take that alone time to visualize all the wonderful things he would be doing with that money when he got out, instead of concentrating on his current conditions, and he would have been able to stick it out to the end.

It’s all in your mind.

I used to get pissed when I would hear that saying if I was already mad at something.  I would say, “It’s NOT in my mind, it’s reality!”  The truth is, it’s really all in your mind.  Whether you’re miserable or happy is based on what your mind believes.  If you believe that your current conditions are your only reality, you will inevitably fail.  You have to keep your eyes on the prize in order to reach the end.  That is why it’s so important to learn to control your mind.

“When the voice and the vision on the inside, become more profound, and more clear and loud, than the opinions on the outside, you’ve mastered your life.” — Dr John Demartini

No matter what circumstance you are in, there will always be outside forces that can bring you down, and some of them even deliberately like the previously mentioned situation.  It is imperative to take the time to build your mental strength against any and all forces that can come against you.

Personal mind control is developed by constant meditation, positive affirmations, positive music, reading books, etc.  This is why I’m so passionate about these things.  When you immerse yourself in positive and empowering activities, they start to influence your mentality about yourself and your life.  You learn to stay calm in crazy situations and stay focused on your success, no matter your conditions.

When you take the time to intentionally control your mind it keeps you in a proactive position instead of being susceptible to anything that happens to you and in turn only able to react to it.  I feel like the player on the show was an example of the latter.  And to be honest, as quickly as I could see exactly what was going on with him, I could relate.  I have had many a breakdown.  I used to be one of the biggest reactors and OVER-reactors I knew.  I am so glad that I’m finally learning to retrain my mind and build its strength so that it is prepared for all situations, not just the ideal ones.

The negative thoughts are going to come in, it’s what you do with the thoughts that shows the measure of your maturity.

And let’s not get it twisted.  Just like the statement above suggests, no matter how evolved or mature you are, the negative thoughts WILL ALWAYS COME.  It’s up to you to constantly derail them.  I think that’s where I’ve gotten caught up at times.  I felt that because I’m participating in so many positive activities that the negative thoughts shouldn’t even appear.  But now I’m seeing that they are inevitable, and learning new and different ways to block them keeps me feeling like Wonder Woman deflecting them with my wrist shields. LOL Remember, no matter what you’re going through, keep those shields up against the outside forces and negative thoughts!  By the way, if you would like additional tips for success check out the follow up to this post: The Keys to Success Continued…

Share your thoughts in the comments: Have you seen “Take The Money And Run”?  What do you think of the show?  What are your favorite ways to block out negativity?  What do you do to calm, train and control your mind?